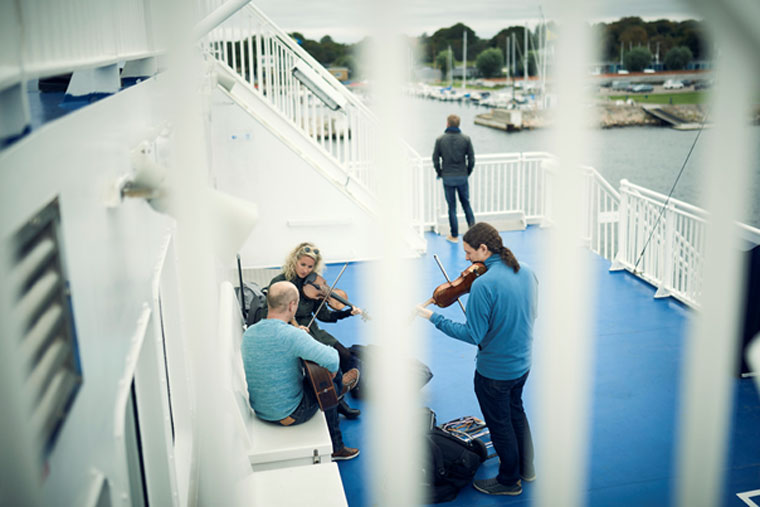 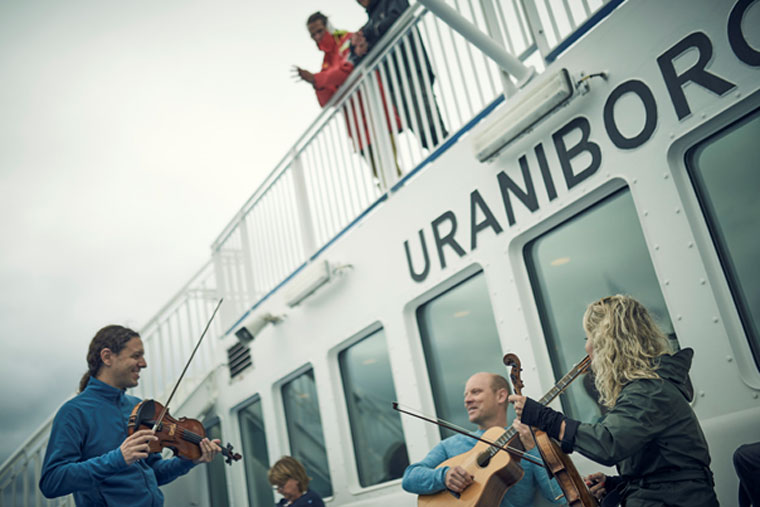 Thirteen exceptional musicians from all over Europe invite you to explore surprising facetes of traditional european folk music. Helene Blum, singer and Harald Haugaard, violinist are two of Denmark’s most succesful musicians and created the Love Tree Ensemble upon an initiative from Sharing Heritage, to spread the european year of cultural heritage 2018.
All participating artists represent different traditions, covering the finnish Karelian, northern Ireland, the high Tatras as well as the Alps and all the way down to Sicily and Portugal

Gathering melodies and old songs, the ensemble reveales common roots and revitalizes them in their own unique way, in which regional heritage and a profound european vision are merging and similarities are unmistakeable.

The same song that is known to the Scots as „Jig“ (from the french „gigue“) is a well known danish children’s song and a tarantella in Italy. Also the eponymous piece „The Love Tree“ made his way through the centuries and Europe in all different variations and is known as „Folia“ in Spain and Portugal and is called „Kærlighedstræet“ in Denmark. It is a simple love song and most of the lyrics are about evanescence and pride.

The Sharing Heritage Love Tree Ensemble rediscovered many of those treasures and arranges and interprets them in a timely way. Their concert programm is rich in atmosphere and accoustic patterns: touching and soulful, exuberant and elegant.

All artists are a league of their own and regarded as the bests in their discipline in their home countries and beyond. Without stylistic reservations, but with virtous and exciting lightness the are defying musical and national borders.