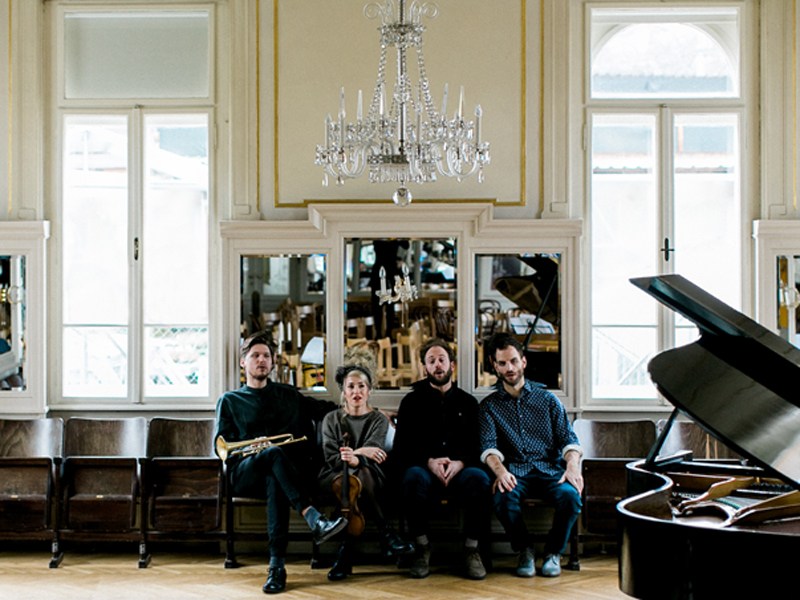 In the fall of 2016, Ramsch & Rosen (Engl.: Rummage & Roses) fulfilled their wish of expanding their instrumentation by a piano and a bass. This not only coined an “extended version” of Ramsch & Rosen but also created a completely new and expanded world of sound with unlimited possibilities, offering new ways of developing traditional music, improvisation, and composition. Their musical foundation is still made up of traditional influences as well as compositions by all members of the ensemble.

With David Six (piano) and Lukas Kranzelbinder (double bass), two masters of improvisation and composition are joining the band who – with their very own styles already fully developed – are able to freely unfold their musical personality within the group. Coming from the worlds of jazz and classical music, they also bring a great passion for ethnic and experimental music to the mix which makes them perfect partners for the existing duo.

A reduced but intense way of making music and experimental sound aesthetics along with sacral and traditional influences are like a musical home to the musicians that they can immerse into – without any hurry to resurface any time soon. Their compositions convey both fragility and rich harmonics as well as intense emotionality and, at times, even generate a mystical atmosphere. This music feels like a tender embrace.